taipairoyal Pog really is a huge loss, and I feel another nail in our seasons fortunes. Please let us sign another player with similar work ethic and skill, not another unproven = SA, Matt SA, Orlando SA, Fernado SA.

You are SpaceCruiser and I claim my ten pounds

Ian Royal And besides, you can still be delighted we've got shot of his wage even if you blame the club for offering it.

I don't really blame the club, I just blame Anton.

With Pog gone, so has the last of the canker that has infested the club since the that shyster got involved, which can only be a good thing.

We've got to stop having nice exchanges where we basically agree with some minor differences. You... you... Turniphead!

I like him much more now we're not paying him and i don't have to watch him fail to earn his money or live up to expectations.

The thanks to the fans is a touch of class as well - clearly him and not just some something scripted by the PR department.

One of the better letters that has been written. He clearly wrote it himself and it's not just a PR bit, he also clearly enjoyed his time here and maybe even felt a little guilty for the lack of goals.

Good luck to him we may have lost a good egg from the changing room which is a shame.

Despite the lack of goals I have liked having the Pog at Reading, his effort was always unquestionable.

Ever since his first day when Sean Morrisson started tweeting Chuck Norrisism's about him, when he saw how big that BFR was.

"When the Pog does push ups, he doesn't push himself up, he pushes the earth away"

"There isn't a theory of evolution, only a list of animals the Pog allows to live"

"The Pog and superman had a fight with a bet placed, the loser had to wear there underpants on the outside of their trousers"

there were a lot of others that were much funnier and I can not remember them, I have liked the obviously good relationship he has had within the dressing room.

Good luck Pog, you were Bikeyesque level of mentalness and comparable in terms of skill. In terms of ability, one of the best players we have ever had. In terms of application.....not so much. I will always remember your backheeled winner at QPR

Yes, and that back heeled goal against the falsies has already been well and truly (and justifiably) lamented on here.

They come, they go......a likeable fellah, .....a novelty factor....what with him being Russian. An' all...but let's not forget his needless sending-offs during our hour of need....Wigan @ home anyone?

It was quite pathetic.
Generally though, we really, really dont need a striker who prefers to pass sideways to shooting. And sometimes Pog did neither.
The only sad thing about this is that we didnt do this a year earlier - its a real tipping point for the club. Thanks SC - you got this one right.

Still love the header away at Chelsea

Ian Royal And besides, you can still be delighted we've got shot of his wage even if you blame the club for offering it.

I don't really blame the club, I just blame Anton.

With Pog gone, so has the last of the canker that has infested the club since the that shyster got involved, which can only be a good thing.

We've got to stop having nice exchanges where we basically agree with some minor differences. You... you... Turniphead!

I noticed that too, who would have thought it?

On reflection I may have been a bit harsh there, Pog is undoubtebly a decent fella and that letter to the fans proves it, fair play to him for that.

I don't have this 'head in the clouds' opinion that many of our fans seem to have on him which is that he is a quality talented player, when he had done very little to prove it. I was honest about his performances and just said what I saw, as I would with any player, but do agree to a certain extent that Pog was judged more harshly by fans because of the money he was on. Having said that though, had he been on normal wages I still can't say I would have rated him particularly.

Like us, I think he was disappointed that it didn't work out the way it was invisaged, and that highlights the main point I was making, unrealistic and unfair expectations were placed on him from the start but that was clearly Anton's fault and not Pog himself.

My 2nd favourite after Curo.

Always rooted for him (often in vein) to be the one who scored. Alas, more often than was comfortable... nobody scored.

I miss him already

I liked Pog. I think the weight of being the big earner with a bit of pedigree definitely put pressure on him and it didn't help that he was playing in a team that generally lacked creativity. I think he also genuinely cared that he wasn't living up to expectations and genuinely did appreciate the support he got from the fans.

I also think that people put emphasis on him working hard because you look at other high earners such as Guthrie and HRK who seemed to stroll around the pitch as if the world owed them a living. At least he seemed to care.

URZZZZZ I wanted to say thanks to the fans for the support. How can I say it, the song Big ****ing Russian is amazing and I don't forget it!

I also want to say thank you to all of the staff, coaches, directors and medical people who have helped me in the last three years. I hope next season Reading start in the Premier League, and with Steve Clarke it is possible because he is a top manager.

Over the three years I have played with good players and made good friends. I had a good relationship with the team in the dressing room and am going to miss everyone. Maybe I will miss the English press as well! Maybe! Speaking seriously, I had a great time at Reading and I spent as long here as at any of the clubs in my career, so it will stay special to me.

What are my highlights? Of course Arsenal at Wembley, we could have done better but that is football and it's all about results. Also the 3-2 win against West Brom in the Premier League, maybe my goal against Chelsea as well.

And off the pitch, I will never forget having to sing a song to the team when I joined the club! Standing on the chair in Portugal singing Yesterday by The Beatles, I have never been so nervous, it was the most nervous day of my life. There are lots of memories for me.

I was told that some fans said nice things about me this week. I hope I tried hard every game and tried hard to put in a good effort. Maybe I didn't score as many as you expected of me but I hope I tried, because we all tried in the team.

It's not easy to leave, even though the English weather is s**t! Actually it's good to play football in, maybe not so good in everyday life! But really, my family and I have been here for four years and we are going to miss it, even though we're going back home to Russia.

Thanks Pavel, you have illuminated everything

Is this your dog? 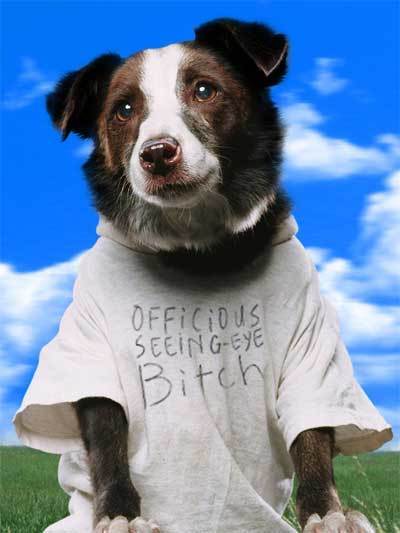 Now oxf*rd off and annex somewhere

Glad his wage has disappeared but sorry to see him leave as he was a jolly nice chap who was always committed to the cause and gave his all. Perhaps with a better team around him he could have delivered more.

Ian Herring I had a real soft spot for Colin Gordononov.