How Technology May Change Things at Reading FC

With the dust just settling on the thrilling World Cup in Russia, screens and cameras have been somewhat more in the footballing news than usual. VAR proved controversial, and many pundits had a lot to say about this new innovation. Overall the general consensus was that although it led to some delay and one or two overzealous decisions, more times than most it helped. It was especially good at highlighting sneaky aggressive behaviours from some of the more 'expressive' teams.

There will, no doubt, have to be some refining of on-pitch practices to make sure VAR runs a little more smoothly and less intrusively in time. But talking of intrusive cameras, one of the most interesting future technological developments is micro cameras, which will offer viewers unparalleled quality and choice of viewing angles.

Many companies are working on invisible weightless cameras that will be worn on the shirts of players. It may be a year or two after future Messis and Ronaldos wear them that readers of Hob Nob Anyone? see our own players sporting this new technology, but it is an exciting prospect nonetheless. 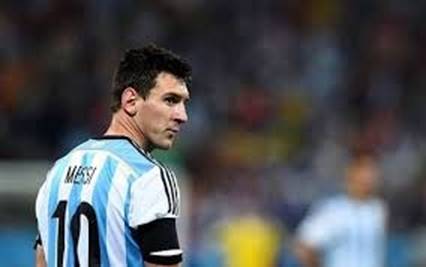 Future Messis will have camera-carrying kit.

Anyone who has watched Formula One will know that jerkiness and unclear pictures from the on-helmet cameras diminish the experience somewhat, so the techies are working hard to ensure an optimum user experience with shirt micro cameras. This is an especially difficult challenge for soccer techies obviously, as movement is more extreme than a relatively steady car on a racing track, or a gliding skier coming down a slope.

With soccer players jumping, leaping and running around all over the place, there is much scope for a nearly impossible viewing experience. Tech companies are working on a self-levelling micro camera system that is still nearly weightless. The technology borrows mechanisms from diving technology which uses water and vacuums to make absolute steady pictures under pressure. This should ensure an excellent viewer experience, but the technology is in very early stages.

No longer will Reading fans be at the mercy of the cameramen and producers to choose the angle and viewpoints of the match action, they can choose themselves, and access replays as they like. If the technology develops as is predicted, several cameras may be an option, so boot micro cameras and head micro cameras can provide additional scope than just the standard shirt micro camera.

Who would have thought, when this website was founded in 1994, that it would only be 22 years later when the idea of cyborgs playing on our beloved pitch became a realistic proposition rather than just a sci-fi fantasy.

In Zurich two years ago the first ever Cyborg Games was held and it was a solid success. As technology, human health and sporting activity move inexorably together, the options for football become more and more interesting. On our pitches semi-cyborg football games could become an interesting additional to the traditional matches.

There is little doubt in most people's minds that watching a field full of robots play against one another would not be anywhere near as appealing as watching two teams of humans, it may even be a little bit sad. But watching an enhanced human team play another enhanced human team will keep the interest levels high and the robotics side may make things even more interesting. Think of it as a kind of human Robot Wars, but playing football, not a fight to the death. This also has the scope to give whole additional levels of interest to the online betting community. 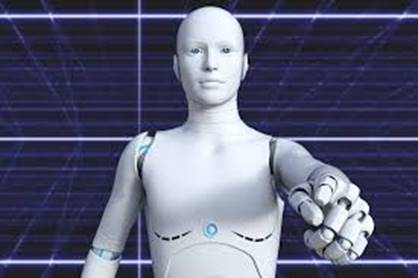 On the pitch in the future?

The Beautiful Game doesn't really need innate enhancing or disrupting, but futurists and technologists are trying to build a beautiful technological game as a complement to the original. Even if the end product doesn't end up being a success, there is no doubt that many ancillary and corollary technological lessons will be learned. A hob nob-nibbling semi-cyber goalie may yet be seen on our pitches, even if it is just a twenty minute taster warm up for the crowd, before the real human match.
Trials at the first ever Cyborg Games show a success in games where people were slightly enhanced with cyborg-esque elements. Initially this technology is being used for disabled people, and it brings a whole new meaning to the phrase level playing field.

At the moment press conferences can feel slightly stale. This may be a format in need of revitalisation and technology will probably be able to help. In tennis, Roger Federer famously referred to his obligation to attend press conferences after all matches like going to speak to his psychotherapist every day. This may not be the ideal format to get the best from the athlete and for the listening sports consuming public.

Several tech companies are developing systems that combine artificial intelligence, algorithms and social media. These platforms will enable the fans to be the ones who ask the questions, alongside the media professionals. This isn't perhaps a novel idea, it just sounds like a Twitter Q and A session, but that isn't quite the case. 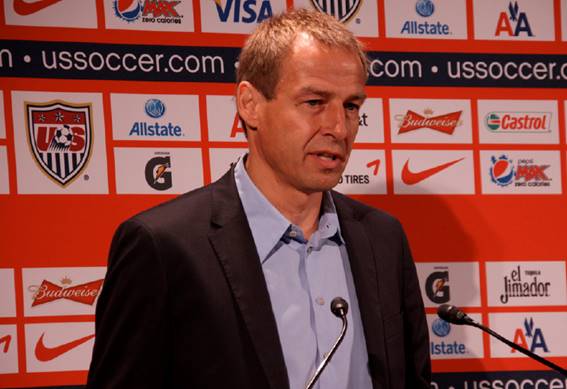 What these new platforms do is use AI and algorithms to increase the quality of questions that, let's be honest, isn't always very high if Twitter alone is used. The AI actively seeks out originality of thought in the fans' and press members' submitted questions, then compares them with the archived store of all the particular athlete's previously asked questions, and then compares them to an archive of all other press conference questions and answers and works out which are most likely to elicit an interesting response, all happening in real time.

This format will allow us to see how often the public come up with better questions than the media professionals. Also, if the athlete or Reading FC player knows he or she is getting the best quality questions that human and computer thought combined can offer, then they can't really complain too any more.