Reading Borough Council has been placed in tier 2 (high alert) from 2nd December after the government national restrictions come to an end on that date. This means that Reading Football Club will be able to allow 2,000 fans to watch upcoming home fixtures.

The first game that fans will be able to attend this season will be the home game against Nottingham Forest on Saturday 5 December. With well over 2,000 fans having paid their retainers for reserved season tickets, the club will have to work out which will be given the chance to watch the team for the first time at home since March 2020.

Both sides came in to this game without a win in four games so I suppose a draw was always going to be a likely outcome. Reading, on reflection, will be grateful to have ended a run of defeats, but I feel sure it was not the performance Veljko Paunovic was hoping for. After falling behind on the stroke of half time to a superb Jed Wallace free kick, Reading started the second half brightly and equalised after fifty-three minutes through leading scorer Joao. In a scrappy and open second half both teams had chances to win the game, but the quality of finishing was poor. In the end a draw was probably a fair result, and one which keeps Reading in the top six, which on current form is flattering to say the least.
Read More...

Reading were replaced by a rampant Bournemouth at the top of the Championship table as their remarkable decline continued with a fourth successive defeat. Today having deservedly achieved a two goal lead by half time, they imploded in the second half against a very good Bournemouth side conceding four goals. Make no mistake about it Bournemouth passed the ball extremely well, and are certain to be one of the leading contenders for the title, but this was a worrying capitulation from a team which had made such an impressive start to the season.
Read More...

Another Game, Another Defeat - But Still Top!

For the second time this week Reading dominated possession and failed to find the net against well organised but fairly ordinary Championship sides at home. Worse still, avoidable defensive errors have proved costly conceding a total of six goals in those games. The promising start to the season now has been overshadowed by three successive defeats as a significant lead at the top of the league has rapidly been whittled away to one point. Veljko Paunovic is finding out about life in the Championship and it remains to be seen how well he responds to recent performances. So far this season Reading have played some outstanding football, but that alone does not win games.
Read More...

Back To Reality With Second Straight Defeat

Reading suffered their second successive defeat against a feisty Preston side who have now won four away games in a row. The three goal margin of victory flattered North End but Reading only have themselves to blame for this disappointing result. Had Lucas Joao taken one of the two gilt-edged second half chances which came his way before Preston's opening goal, it might have been a very different story. It was an indifferent performance from the Royals and Preston took full advantage. After taking the lead on sixty-four minutes they added two further goals on the break with long balls forward after winning possession deep in their own half. Reading are still three points clear at the top of the league but they will need to improve quickly if they are to stay there.
Read More...

The 5 best Reading signings of the decade 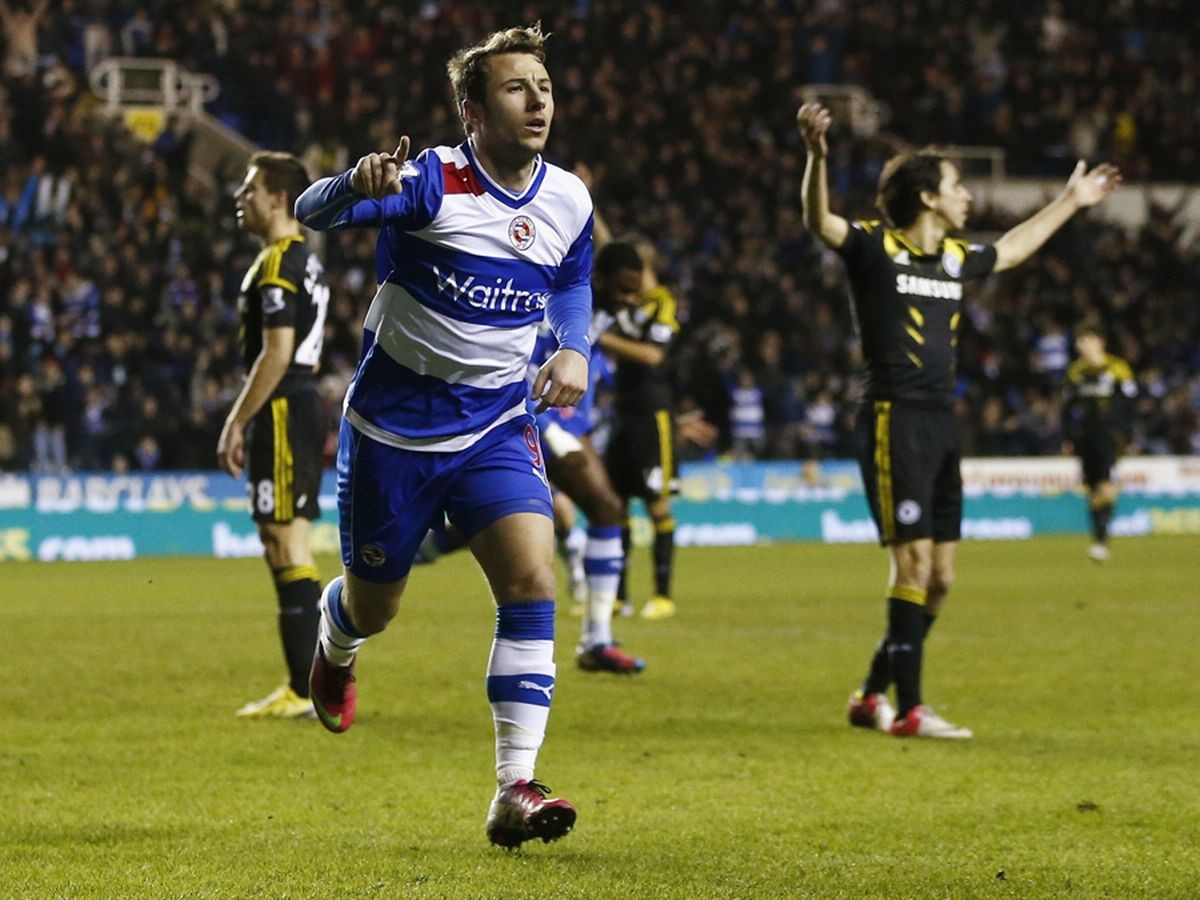 The 2010s was an eventful old decade for Reading. Despite a season long sojourn in the Premier League in 2012-2013, The Royals spent the majority of the decade as one of the Championship's established sides. The last decade brought some difficult times for Reading, but fans still retain fond memories of many wonderful and eccentric signings who graced the turf at The Madejski.

Good times however do look to be on their way back to Berkshire, with the Royals making a strong start to the season. In fact, the Royals are now as short as 5/1 to win promotion, which is price many optimistic Royals fans will be looking to take advantage of with WhichBookie free bets.

If Reading could today call upon the services of these incredible signings made over the last decade, those odds would surely be even shorter. Without further ado, here's our guide to the top 5 Reading signings of the last 10 years:

'Alf' may now be plying his trade at Mumbai City FC, but it was at Reading where his talents may be most fondly remembered. Snapped up by Brian McDermott in 2011, the Stockport born striker would go on to bag 41 goals in 110 appearances for the Royals, and contributed some memorable strikes, including goals against West Brom and Chelsea securing vital points for Reading.

Whilst his efforts weren't enough to keep Reading in the Premier League, Alf's prowess is still the stuff of terrace legend at The Madejski.

Brought to the club by current Scotland manager Steve Clarke, Al-Habsi featured for a multitude of clubs including Wigan, Bolton and Brighton before he made his way to Reading. However, it is doubtful any fans of his former clubs hold him in such high regard as Reading's. Named Player of The Year in both seasons he spent in Berkshire, Al Habsi was known for producing vital, point saving saves, and his exploits brought him a place in the Championship Team of the Year.

The former Grenada international is perhaps the most prosperous signing for Reading on our list. Purchased for £500,000 from Blackburn in 2012, Roberts made his fee look like an absolute bargain as his 6 goals in the tail end of the 2011/2012 season helped confirm promotion for his new side.

Unfortunately, injury blighted his career thereafter, and Roberts retired in 2014. However, he remains firmly involved in football, as current Director of Development of CONCACAF. 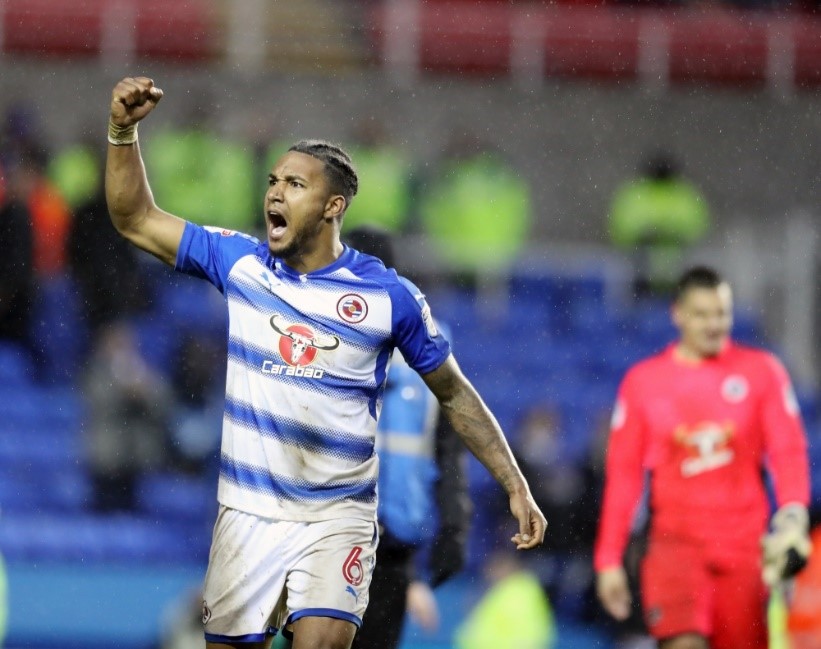 Current captain Liam Moore has been a rock in Reading's defence since he joined the club from Leicester City in 2016 for circa £1.5 million.

Moore's playing abilities are obviously well documented, and he remains an integral part of the squad, however his charity work off the field has won him just as many plaudits. Moore took a stand in the wake of the Covid-19 pandemic, motivating fans isolating at home, and contributing a significant portion of his salary for local causes.

Liam Moore has shown he is as much a leader off the field as he is on it.

Another essential current member of Reading's squad, Swift arrived on a free from Chelsea in 2016. The 25 year old is a firm fan favourite for his ability to unlock stubborn defences, although his inconsistency often wins him just as many critics.

Still, Swift's services will surely be required this season as Reading aim for promotion.

04 November 2020   HNA?
Back To Reality With Second Straight Defeat