Reading Fail To Hold On Against Rotherham

Reading paid the price for their over cautious approach to this crucial match against fellow strugglers Rotherham. A golden opportunity to move three points clear of the drop zone was squandered in attempting to hold on to a narrow one goal lead, as once again the Royals failed to hold on to a lead and conceded late in the game. United rely almost exclusively on set plays from free-kicks, corners, and long throw-ins to create scoring opportunities. Reading's second half tactics played right into their hands. Sitting back simply provided Rotherham with more opportunities to launch more high balls into the Reading box and almost predictably a chance fell to Ajayi eleven minutes from the end, who scored from close range when the ball dropped to him from a Robertson header at the far post. It could have got even worse for Reading when Newell shot narrowly wide in stoppage time after a late flurry of chances were wasted by the Royals. This was not a disastrous result for Reading but a worrying performance nonetheless.
Read More...

Reading Out Of Bottom Three With Dramatic Win

An outstanding finish from Nelson Oliveira gave Reading the win they desperately needed as they climbed out of the relegation zone for the first time since Boxing Day. Rovers dominated possession in the first half, flooding the midfield and stifling any attempts by the Royals to play their passing game. Then in stoppage time a penetrative run and pass by Yiadom found Swift in the box, who shifted the ball out of his feet and squeezed the ball past 'keeper Raya inside the far post.

Reading came out for the second half on the front foot and, with Meite replacing Aluko, looked a far more potent attacking force. Inside the last ten minutes Bell broke through on the left and levelled the scores giving Reading fans that familiar sinking feeling. Rovers were in the ascendency and sensed they might even push on to take all three points. Oliveira had other ideas, and when Swift's excellent long ball found him deep in the Rovers half he ran at the visitors defence, cut inside the centre back, and hammered the ball past Raya. The Madejski Stadium erupted as the home fans acclaimed what proved to be the winning goal.
Read More...

Five Wins All Season: Can The Royals Beat The Drop? 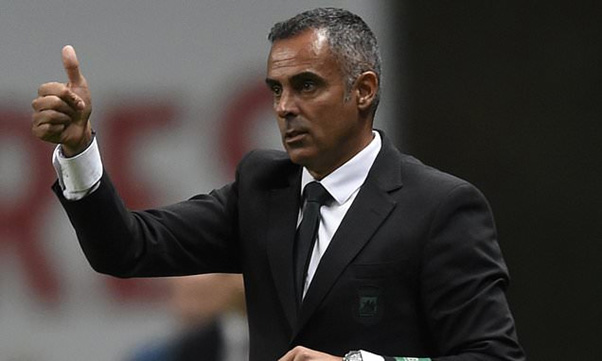 Reading have just 16 games to rescue their season and could require as many as 24 points to earn survival if Championship history is to go by.

The Royals find themselves in a real dogfight having picked up just 25 points from 30 games but sit just one point away from safety with a significantly better goal difference.

Bookmakers like 888sport and bet365 are currently tipping Jose Gomes' men for survival, favouring Ipswich, Bolton and Rotherham to be playing League One football next season.

Many UK betting sites with their latest betting offers are pricing Reading at around 8-11 for relegation, with Championship rivals Rotherham priced at 1-2 with bookie bet365.

The club face Sheffield Wednesday at Hillsborough this weekend, where they go into the game as 2/1 underdogs with with bookmakers Ladbrokes and William Hill following two wins on the spin for the South Yorkshire club.

Gomes has won just one game since taking over in late December, but could need to win as many as half the club's remaining fixtures in order to guarantee survival. The Reading manager also finds himself amongst the favourites to be the next Championship manager to be sacked and is priced at 3/1 to face the chop.

History suggests that teams finishing in 21st place average around the 49.2 points mark. Currently, the Royals season form marks them to finish on 38 points, 11 short.

However, as it stands Rotherham, Millwall and Wigan Athletic are also set to fall short on that target, meaning there's every chance Championship football can remain at the Madejski.

There are a number of fixtures that will be integral to this. The club faces both Rotherham and Ipswich in the coming weeks and maximum points will go a long way into securing the club's future in the second tier.

First up for the club is the Millers on February 23. The two sides drew just before Christmas on the day Gomes was appointed Reading manager, and he'll be desperate to get points to close the gap on relegation rivals.

Ipswich away follows the Rotherham game on the opening weekend of March with Wigan, a side just seven points from the club following that, meaning a huge fortnight of football is in store for the club.

Pick up nine points and chances of survival would be well in their favour and would build huge momentum going into the final few months of the season.

It's not going to be an easy ride for the club who are looking to avoid ending up in the third tier of football for the first times since 1989. There are enough struggling teams surrounding them to avoid that, but a record of one win in eight is going to have to be bettered if Gomes' men are going to make it.

Gomes believes it will be tough this weekend for his Reading side, who take on Wednesday in Steve Bruce's first game in charge. He'll be wanting to get off to a good start, but should he pull off a result, it's game on from now until the end of the season.

He said, 'We need to win. If we win, we will get closer to being in a safe position. That's what we hope and what we are trying to do this Saturday.

A lot of fight is required over the coming weeks. Can Gomes pull it off? We certainly hope so.

There was a noticeably more positive and confident mood amoungst the home fans today than in recent games, which mirrored a much improved attitude within this radically changed Reading team. Up against very strong Villa side with realistic promotion ambitions, the Royals played with a conviction and belief which has been frequently lacking this season. There was no evidence of the weakness which surfaced again earlier in the week when two points were dropped as the defence leaked a stoppage time equaliser to fellow strugglers Bolton.

After an evenly contested first half in which Reading had more possession, Villa launched a sustained assault on the home side immediately after half time. Reading dug in stubbornly to keep Villa at bay, and only in the final phase of the game did they eventually begin to threaten their opponent's goal. Only five attempts on target (three from Villa and two from Reading) were registered in the entire game, although it was far from a dull goalless draw. Read More...

17 Games to Save The Season

Not since the 2001/02 season has Reading Football club plied its trade in the third tier of English football, but a downward curve over the last 18 months has a very real chance of catching the Royals out and condemning them to relegation.

With 17 games left to go in the Championship, Reading find themselves a point adrift of safety and, with everything on the line, those who like to seek out the best bookie for betting with high stakes may want to chat to the Reading board as relegation for the former Premier League outfit would be a disaster.

Already the Royals have dismissed Paul Clement this season after a dismal first half of the campaign led him to be replaced by Portuguese Jose Manuel Gomes who has so far recorded just one win from seven games.

However, before the death knell is rung, the season is far from over and a glance at the remaining games, one can see where Reading may yet save their season and start the summer rebuilding process for another campaign in England's second tier.

Where Will Reading Get Another 20 Points from?

During the 2017/18 Championship season, Bolton were the side that finished one place above the drop zone in 21st with 43. The Royals currently have 24 points from 29 games meaning they need a remarkable improvement if they are to achieve nearly the same number of points again only in twelve games less.

What that means is Jose Manuel Gomes may need to raise his sides average points per game from its current 0.83 to 1.18 if they are to achieve survival. Therefore Reading must start finding some wins rather than draws.l

Ironically, the Royals have just played Bolton, who themselves are one spot below Reading in the table and in need of their own miracle.

The game was a real six pointer, which neither side managed to take advantage of, although Bolton will come out of the game the happier after such a late equaliser that could be vital in their survival hopes. The draw probably wasn't enough for Reading.

The table does not lie and not every side will go on a much-needed winning run. Bolton still have the headache of the FA Cup to contend with and have won only one of their last nine home games in the league. With Ipswich seemingly down, Reading will have to get better results than both Bolton and Rotherham.

The Royals also still face their second legs over both rock bottom Ipswich Town and 21st placed Rotherham United with all three games against Bolton, Rotherham, Ipswich occurring no later than the 3rd March.

It is imperative that the Royals pick up wins over Rotherham and Ipswich as four of their final six fixtures are against sides currently in the top seven and all fighting for promotion.

The final home tie against Birmingham City could well be crucial and 90 minutes of football that will decide Reading's fate for the 2019/20 season with the relegation fight going down to the wire.

23 February 2019   HNA?
Reading Fail To Hold On Against Rotherham

13 February 2019   HNA?
Reading Out Of Bottom Three With Dramatic Win